Discover what the internet is saying about Luna Display. 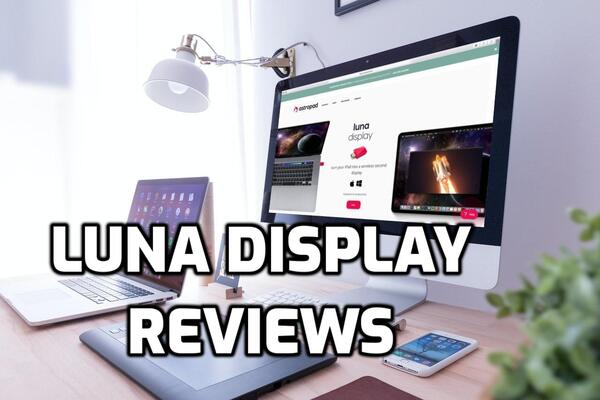 Upgraded Reviews scanned the web to find out what real users are saying about Luna Display.

Read the summaries of what reviewers think about Luna Display below.

“Luna Display is the latest product of Astro HQ and has such a low profile that you can take it with you all the time. It’s so small that I carry it around in its original packaging since I’m afraid to lose it. The Luna Display basically is a combination of a dongle and an app.”
full review
“We can’t praise Astro HQ enough for investing so much energy into creating a better workflow for our work. While Astropad Studio is pushing the boundaries of using an iPad as a full-fledged Wacom replacement, Luna Display creates a flawless second-screen experience to go with it.”
full review
“The Luna Display is perfectly usable as a way of utilising that spare screen you may have lying around, especially if you’re not planning to stream high bit-rate video to it. Ideally I’d like to see the development of this product line which caters a little more towards this end of the market, without the usually associated price hike.”
full review
“Luna Display is hugely convenient when using a Mac on the go. But it’s not going to replace an external monitor for daily office use. Still, it’s a fantastic addition for people who already travel with a MacBook and iPad.”
full review
“Despite the outward simplicity of the technology, it proves to be a highly innovative, practical, and timely solution to a problem that most people have, and that is limited screen space. It’s one of the few technologies to make it possible to access a desktop from more than one device.”
full review
“This may seem like a silly thing to be excited about, but this feature really opens up a lot of options for me that I just didn’t have before.”
full review
“With such an easy setup and useful wireless connection, Luna Display is certainly a great addition to your computing experience, especially if you work on a Mac laptop and want more screen real-estate (a 13-inch MacBook Pro combined with an iPad Pro is a perfect pairing).”
full review