Discover what the internet is saying about Scott’s Cheap Flights. 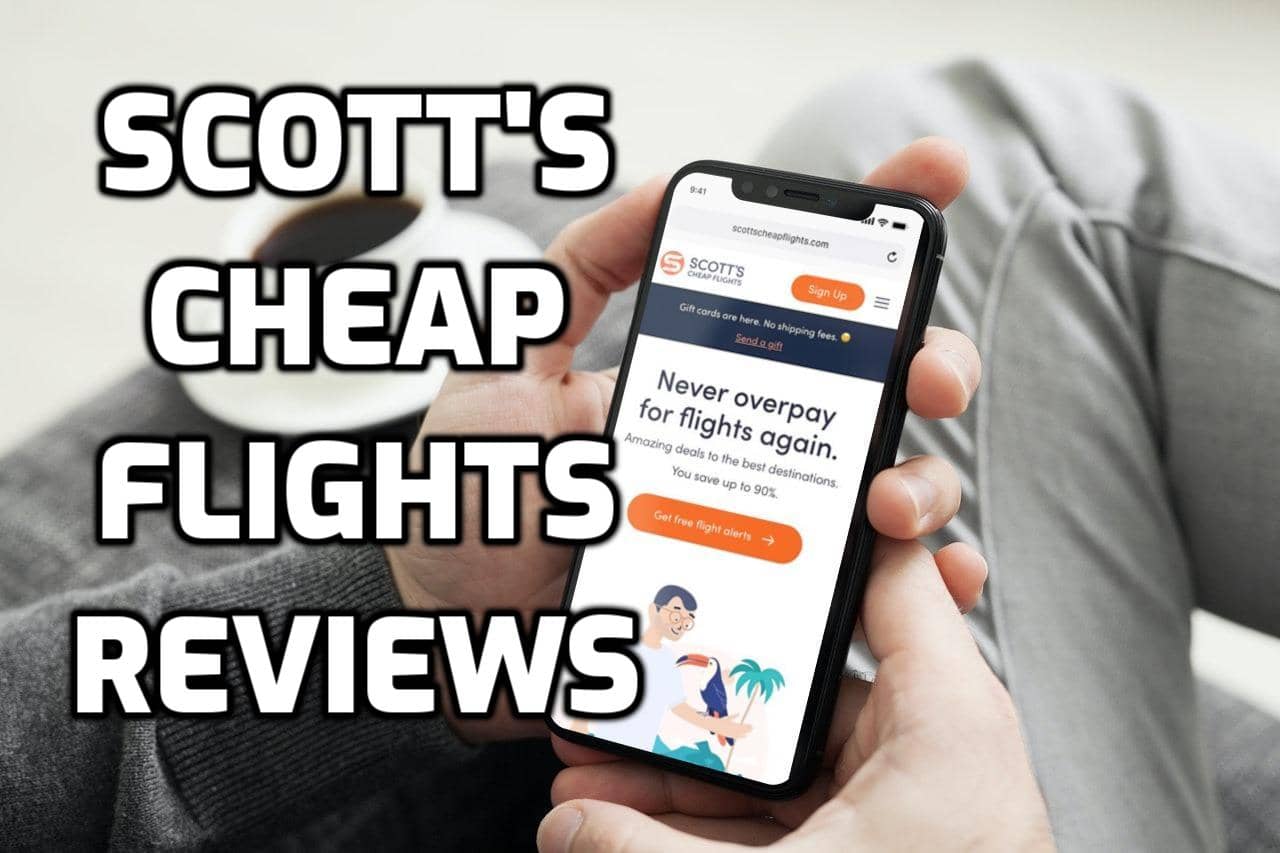 Upgraded Reviews scanned the web to find out what real users are saying about Scott’s Cheap Flights.

“These cheap fares are offered for both US and international travel across all classes.”
full review

Read the summaries of what reviewers think about Scott’s Cheap Flights below.

“Give Scott’s Cheap Flights a whirl if you want to save money on flights. I haven’t booked anything as of yet but I’m hoping to travel to Mexico or South America over winter, so I’ll be looking for some awesome fares. If you sign up for the free version and like what you see, then it’s always possible to upgrade to the premium version after.”
full review
“A premium membership for Scott’s Cheap Flights is worth it if you plan on booking at least one flight through their site. The discounts are big enough that you will easily make up for the annual fee with one cheap flight, and any others are a bonus.”
full review
“Overall, we think Scott’s Cheap Flights is an amazing service, especially for travel addicts. If you are in the US, it’s an option to consider for sure. After all, what’s travel without handy tools and services like these?”
full review
“Overall, if you’re definitely planning to book a flight (or multiple flights), then it’s well worth using Scott’s Cheap Flights and paying for a membership. The fees will pay for themselves quickly if you book even just one or two flights. Plus, the company often offers free trials for its Premium Membership, making the advanced Premium service available for no cost for a brief period. Doing a free trial is also low commitment, as you can cancel anytime during the trial time frame.”
full review
“If you’re interested in scoring a great deal on airfare, then a membership with Scott’s Cheap Flights is a must for any traveler. With 14 days free to try it out, what do you have to lose?”
full review
“I’ve subscribed to Scott’s Cheap Flights for over a year, and I’m always thinking about the possibilities when a great travel deal hits my inbox. You certainly don’t have to open every email or book every deal to make the most of this expertly curated service.”
full review
“I’m really digging Scott’s Free Flights and I love getting emails just about every day with great deals. I’m signed up for the Premium version and I feel like it’s worth the price based on how much you’ll save in time and money — they claim they save an average of $607 per flight.”
full review
“After searching through various cheap flight services, Scott’s Cheap Flights remains as the best service available on the market. Over the years I have saved thousands of dollars with and this 100% justifies purchasing their premium version.”
full review
“Whether you’re opting to sign up for free cheap flight alerts, or you’re willing to pay $49 a year for unlimited alerts, it’s undeniably worth it. The time saved by not having to hunt for low priced tickets yourself means more time doing what you love. And cheap international flights mean you can travel more and see that much more of the world!”
full review
“Scott’s Cheap Flights offers travelers a great way to save money by providing frequent, time-sensitive flight deals to worldwide destinations.From a quick Miami getaway to long-haul flights to Japan, Scott’s Cheap Flights’ team of flight experts scour the internet to provide their subscribers with the hottest deals available.”
full review
“Scott’s Cheap Flights is an email subscription service that sends out flight deals for international and domestic (U.S.) destinations. It has free and paid options, and the service claims that most of the deals it sends out are 40% to 90% off average prices.”
full review
“Many times the most difficult part about traveling is to find deals that fit in your budget. Therefore, many people are always looking for cheap flights to save on expenses. I looked at various cheap flight services and I concluded that nothing could beat Scott. It remains the best service available in the market today.”
full review
“Overall, a Scott’s Cheap Flights email subscription is a great tool to check out if you’re planning to travel or are just interested in seeing what kind of airfare deals are out there. Sometimes a great deal on a roundtrip ticket can lead you to places you never thought you’d go or it could help you see an amazing destination that’s been on your bucket list.”
full review